I Purchased a Pinebook Pro

I recently pre-purchased a Pinebook Pro; An ARM based, 14" laptop being sold by Pine64 (Pine Microsystems, Inc.) for the low price of $199 USD. This is the second such device released in this form factor by Pine64 who originally became known for their single-board computers which compete with the likes of the Raspberry Pi. The first laptop they produced was the Pinebook which came out in 2017 for only $89 USD in its original form and $99 USD in its current, upgraded form. The original Pinebooks were more of a tinkerer’s laptop and never meant to be a daily driver, but the upgraded specs of this incarnation put it squarely in the ring with mainstream chromebooks and the ilk.

LEGO on my Laptop: A Neat Way to Organize Peripherals

I was recently inspired by a reddit post where they used LEGO on the back of a Surface Pro 3 to help organize their peripherals while on the go. Since my primary machine is now a laptop and I am near a LEGO store I figured I would give it a shot. I used a green baseplate and whatever flat brick material I could find and created this monster: 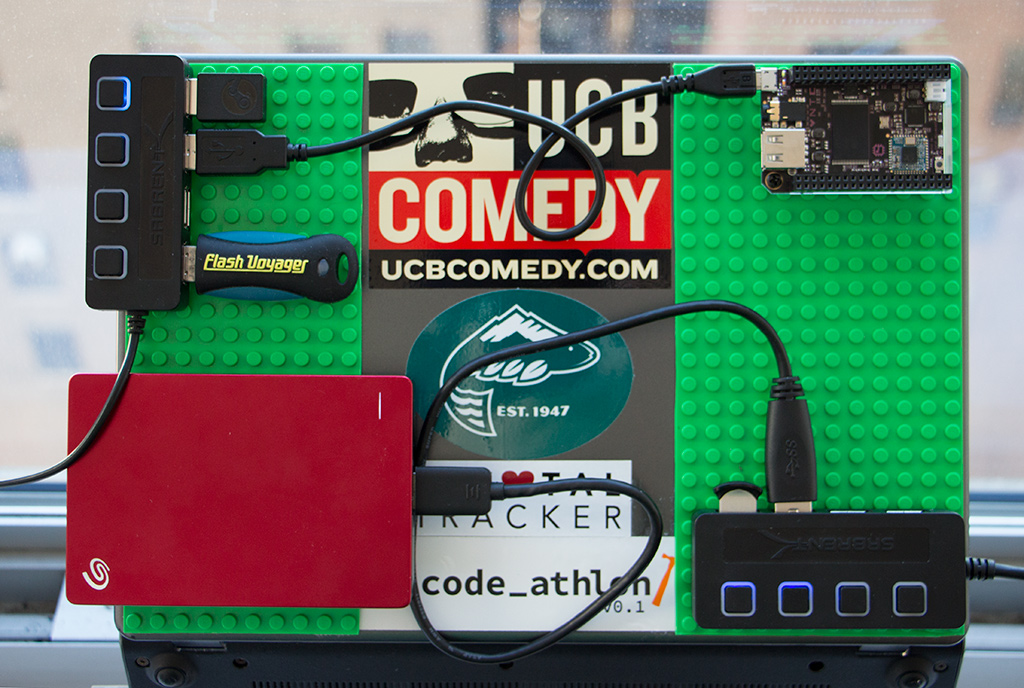 Disclaimer: Any and all opinions presented here are my own and not representitve of my employer(s); past, present, and future.