I have a few projects coming up that I hope to start blogging about, but to kick the series off I am going to document an older build (~5 years old). I have always wanted a “proper” home theater with a decent projector, nice screen, and immersive sound. That has, of course, taken a back seat to so many other priorities but I at least I have a screen to show for it.

I went for something I thought was straight forward: a wood frame and cloth screen. What I ended up with was something that was probably over-engineered/overkill for my use case but something I am happy with either way. It started with a couple drawings in my project notebook with an emphasis on preventing any sagging in the screen over time. The screen had to be supported from the sides due to a double-wide window being located behind the screen. 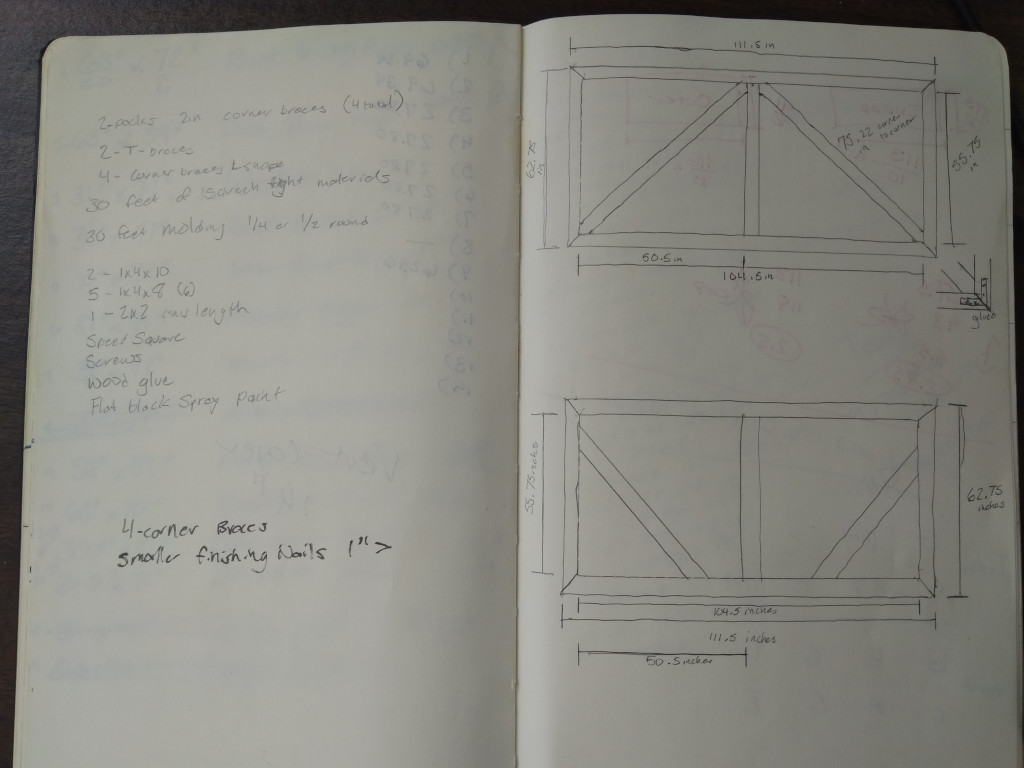 I decided on a 128” screen early on, mostly because the projector I was looking at supported the size and it looked like it would fill the wall well. All in, it probably cost around $250 to build, including all the extra hardware bits I could probably do without.